The first step on the AppImage packaging process is to make the application code relocatable. This implies that every application resource path must be resolved at runtime. This includes icons, fonts, databases, plugins and any other resource that may be required at runtime.

Let’s suppose that our application expects to be deployed with the following file structure using /usr as prefix:

For example, in our code we may be attempting to access image.png by its absolute path. Using a RESOURCES_DIR constant that is set at build time (or worst it may be fully fixed path). This will cause that our app can only be executed properly if installed in the expected path.

To fix this we can take several approaches, that can be combined depending on the developer preferences.

This is the only modification you will have to perform in your code in order to pack it as an AppImage. While appimage-builder provides a way of patching paths at runtime it’s not as efficient as having the right path from the beginning.

This was the first post of a series about AppImage creation using appimage-builder. Others will come in the next days. Feel free to leave a comment if you like it and to share it with friends and colleagues. 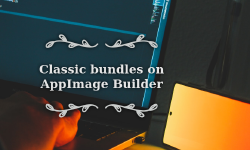 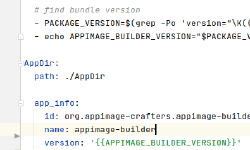